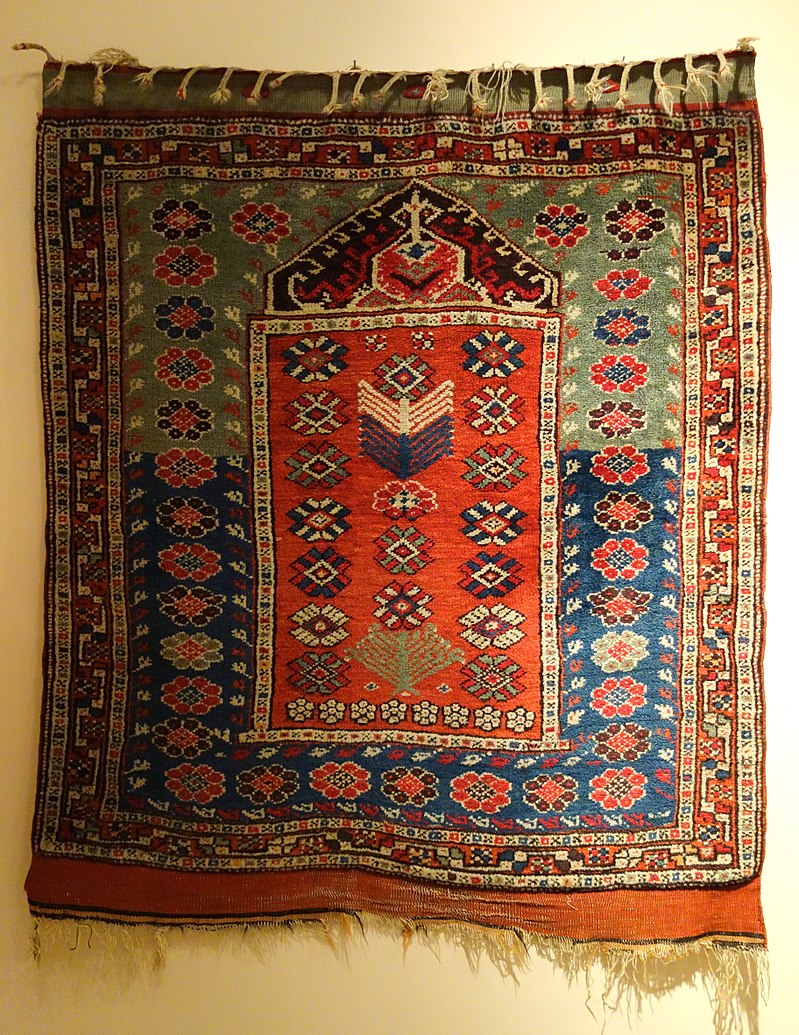 The History Of Prayer Rugs

It all began with the Prophet Mohammed, who prayed on a “khumrah”, a mat made of palm fronds.

In Islam, a prayer mat is placed between the ground and the worshipper for cleanliness during the various positions of Islamic prayer. These involve kneeling and sitting on the rug. A Muslim must perform wudu (ablution) before worship and pray in a clean place.

The primary indicator of a prayer rug is the “Mihrab” – a niche motif woven into the upper end of the rug that indicates where the devotee places one’s head during his five times a day prayer. The “mihrab” design is intended as a replica of the “qibla,” an archway in the wall of every Mosque that denotes the direction of Mecca. This motif indicates where each practitioner must be oriented when they begin prayer. More notable examples may display detailed architectural motifs, including pairs of columns supporting the archway, a delicate hanging lantern, or intricate flower-filled vases. Alternately, tribal weavings tend to feature more nature-inspired designs like the ‘tree of life’, or a striking unadorned field often found in antique Turkish prayer rugs.

They are sometimes even decorated with images. These images are usually important Islamic landmarks, such as the Kaaba, but they are never animate objects because drawing animate objects on Islamic prayer mats is forbidden.

Across the carpet weaving regions, prayer rugs were often unique to the villages in which they were woven. The weavers created individual patterns and motifs and contained designs related to the village or its weaver. Particularly in Caucasian prayer rugs, elements of daily life are featured, such as the weaver’s combs, animals, birds, and flowers. Some prayer rugs include a pitcher to remind the devoted to wash before prayer or small areas denoting where to put one’s hands during prayer. Stars are used to depict the heavenly world that human beings are a part of.

The sizes of prayer rugs are also quite specific. Since practitioners are required to pray five times every day, prayer rugs need to be compact enough for travel and light enough to carry great distances as necessary. For this reason, prayer rugs are usually from 2.5 X 4 ft. to slightly larger than 5.5 ft.

In Islam, the prayer rug has a powerful symbolic meaning and is traditionally taken care of in a holy manner. It is disrespectful for one to place a prayer mat in a dirty place (as Muslims have to be clean to show their respect to God) or throw it around disrespectfully. The prayer mat is traditionally woven with a rectangular design, typically asymmetrical by the niche at the head end. Within the rectangle, one usually finds images of Islamic symbols and architecture. The designs found on a Muslim prayer rug also represent the promise of paradise and eternity.

Seasoned collectors and novices alike find that the artistry and uniqueness of a prayer rug can culminate in an excellent wall hanging. The prayer rug industry flourished under the Ottoman, Safavid, and Mughal dynasties (c. 1299-1736), and carpets became national treasures. Prayer rugs traded to Europe and the Far East were often considered too precious to be prayed on and hung like paintings in a home or palace.

Weavers competed to make the most beautiful prayer rugs, and the different tribes or groups would work hard at making the most memorable creation. As time passes, these rare and magnificent pieces, when well maintained, will only increase in reverence and value.

Oriental Rug Salon cleans prayer rugs for practitioners and rug collectors nationwide. As the “cleaner of choice” to many rug collectors, Oriental and Persian rug retailers, interior designers, and rug owners who cherish their Oriental or Persian carpet, our reputation and experience are relied upon by clients nationwide.

At Oriental Rug Salon, all area rugs and other wool and silk textiles are cleaned by hand under the watchful eye of a Rug Master. Heirloom, antique, and wool or silk area rugs deserve individual attention, and that’s why we clean them by hand and do not use impersonal “batch washing” equipment.

Regularly our appraiser posts articles (like this one) on different textiles to help educate rug owners and laypeople alike on the history of Oriental, Persian, Turkish, and other area rugs.

For more information about Oriental Rug Salon and our rug cleaning, repair, appraisal, and storage services, please feel free to visit us online at www.OrientalRugSalon.com or give us a call at 239-424-8171.

You can also visit us on Facebook at:  https://www.facebook.com/OrientalRugSalon 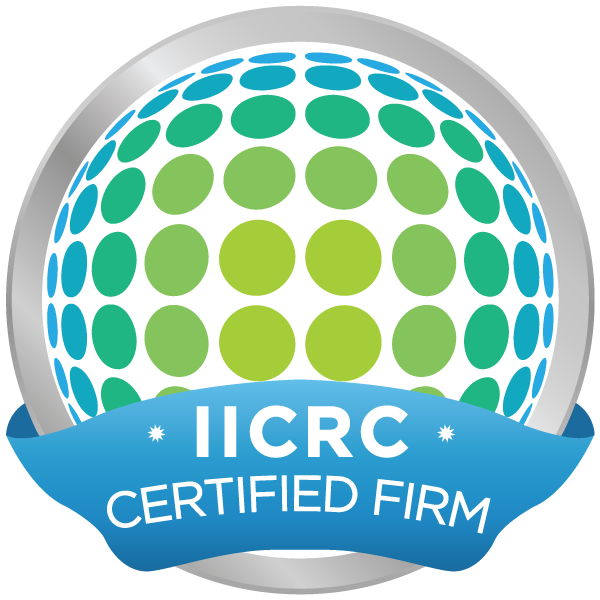 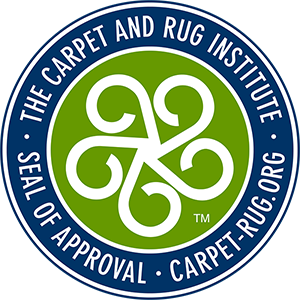 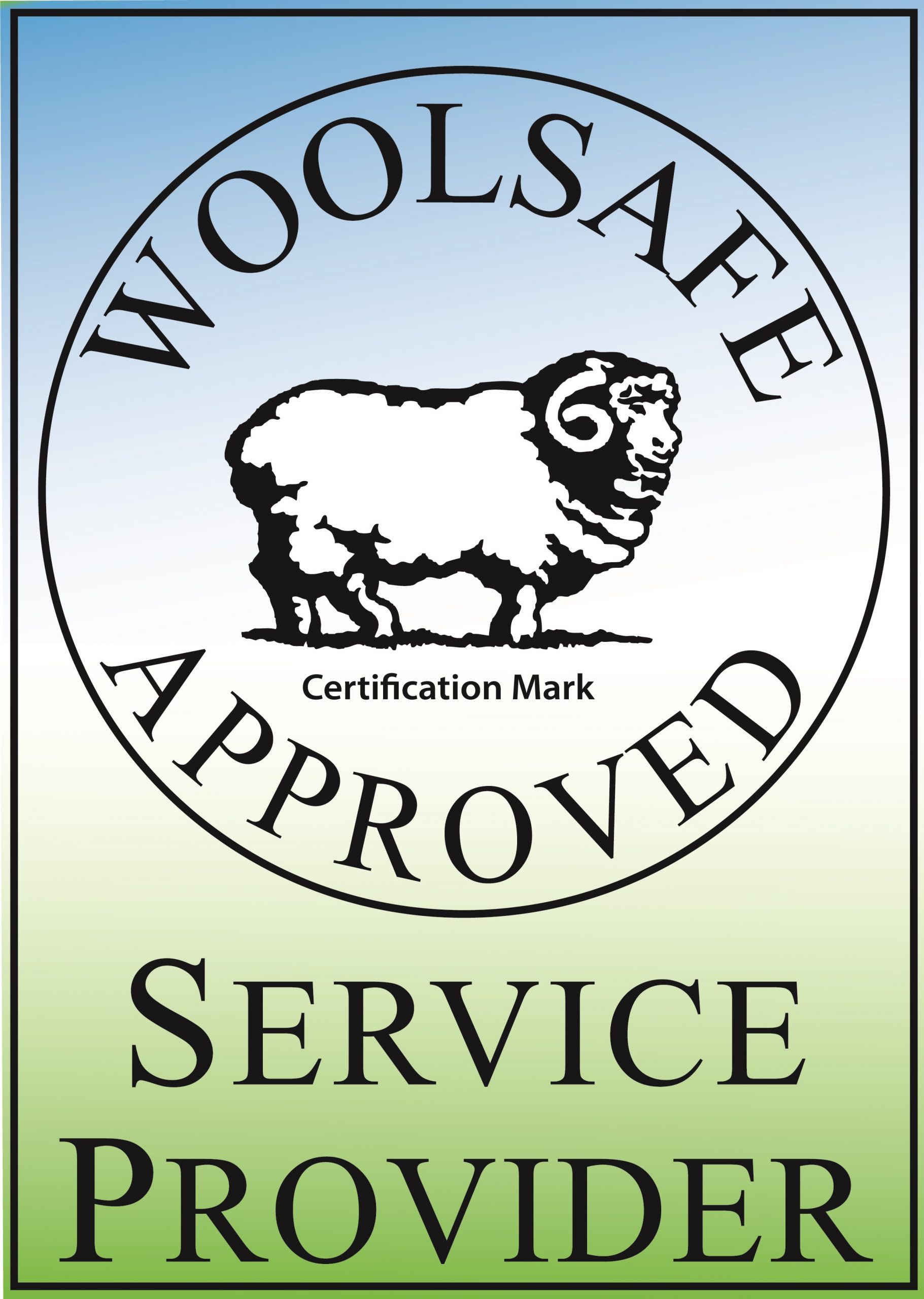 Hours
Monday through Friday
8 AM to 5 PM